A Look Into The World of Roza’s Gourmet 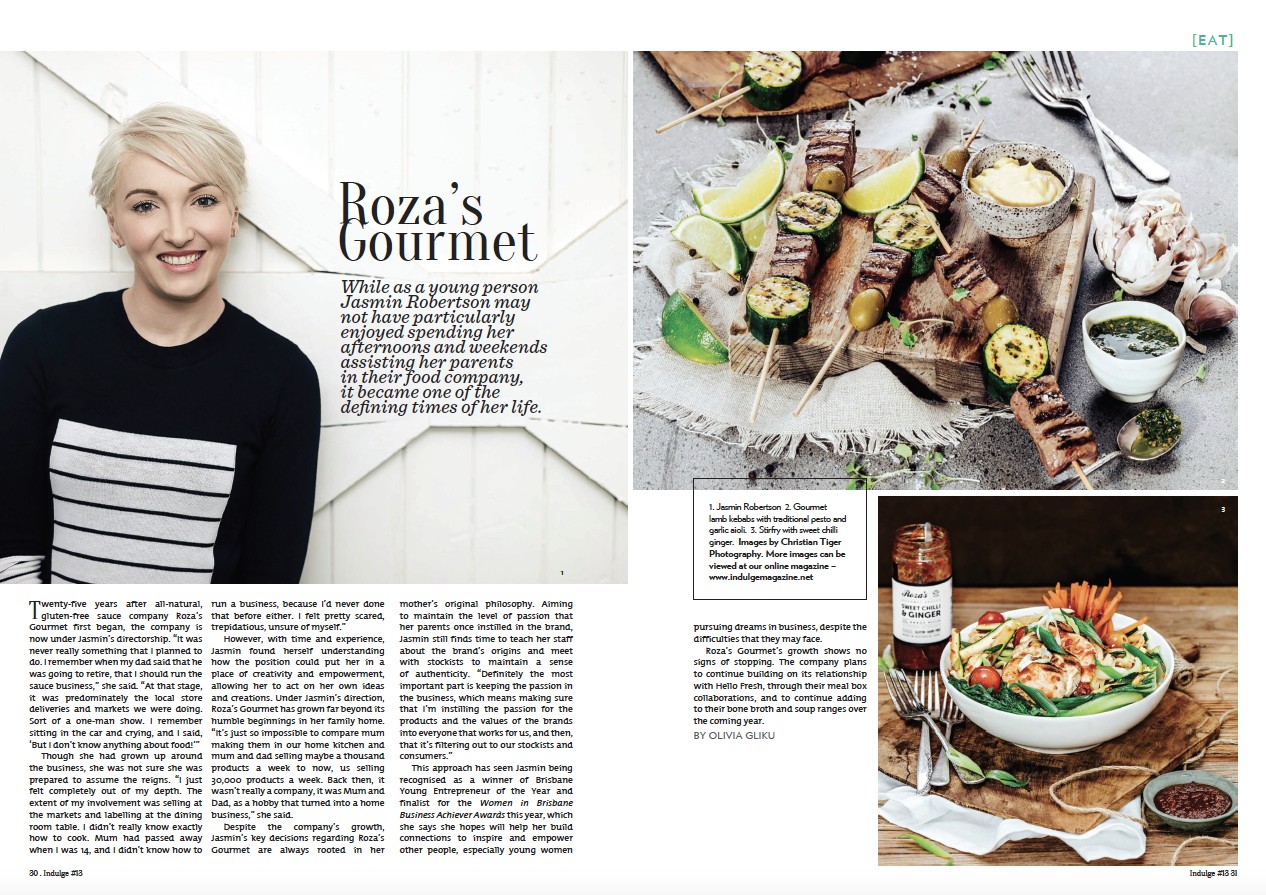 While as a young person Jasmin Robertson may not have particularly enjoyed spending her afternoons and weekends assisting her parents in their food company, it became one of the defining times of her life.

Twenty-five years after all-natural, gluten-free sauce company Roza’s Gourmet first began, the company is now under Jasmin’s directorship. “It was never really something that I planned to do. I remember when my dad said that he was going to retire, that I should run the sauce business,” she said.

“At that stage, it was predominately the local store deliveries and markets we were doing. Sort of a one-man show. I remember sitting in the car and crying, and I said, ‘But I don’t know anything about food!’”